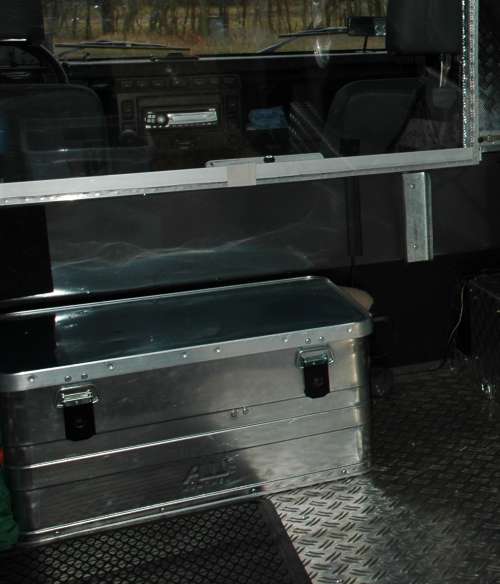 The battery gives (fused) power to the front and the back of the car: 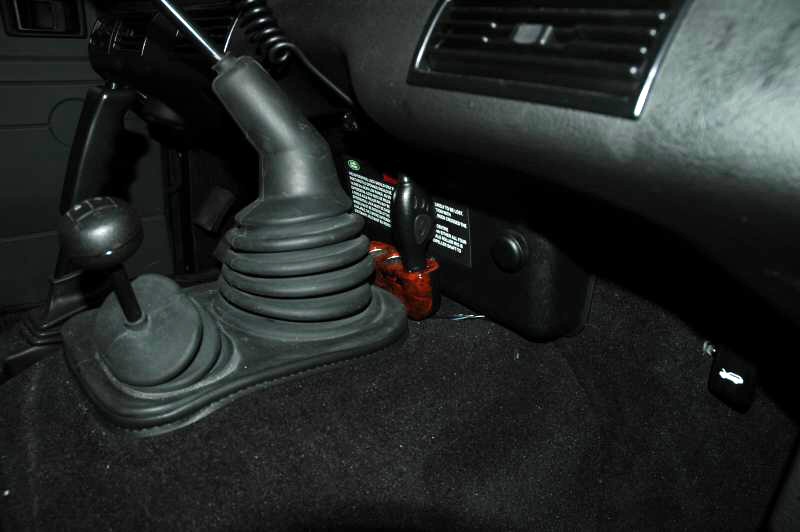 The wiring to the front is done below the carpet.
This source give constantly power to the mobile-phone, the PDA - and whatever needs power, even if the engine isn't running.
(A heatable cup for instance ;-) 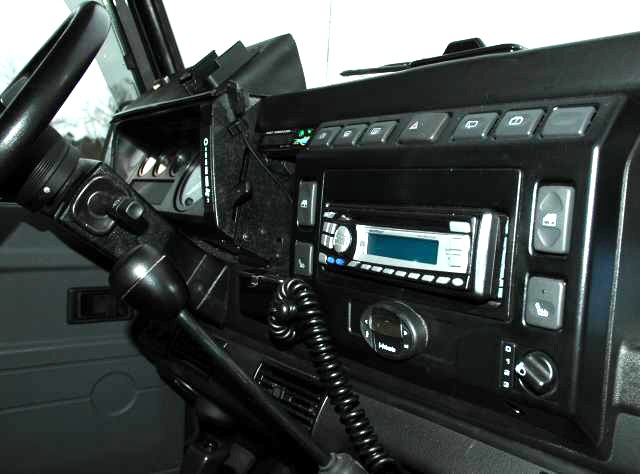 To the back, there is a connection with wires laid just below the roof.
To power even more equipment... 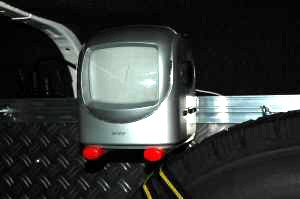 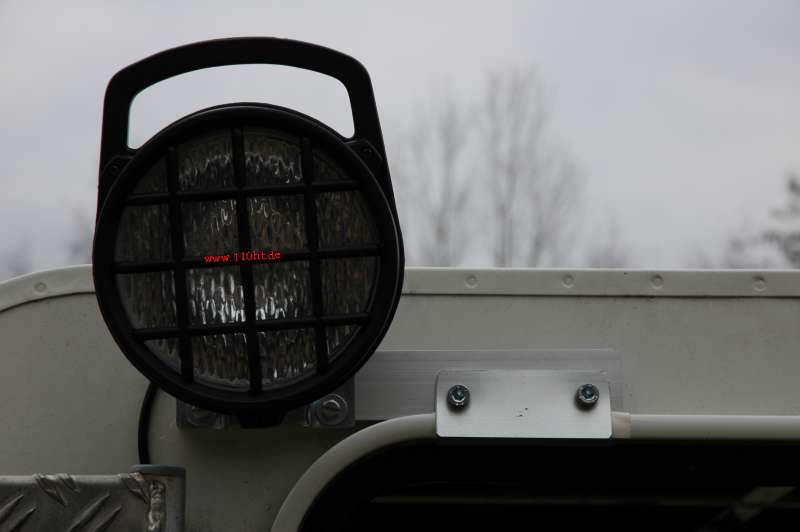 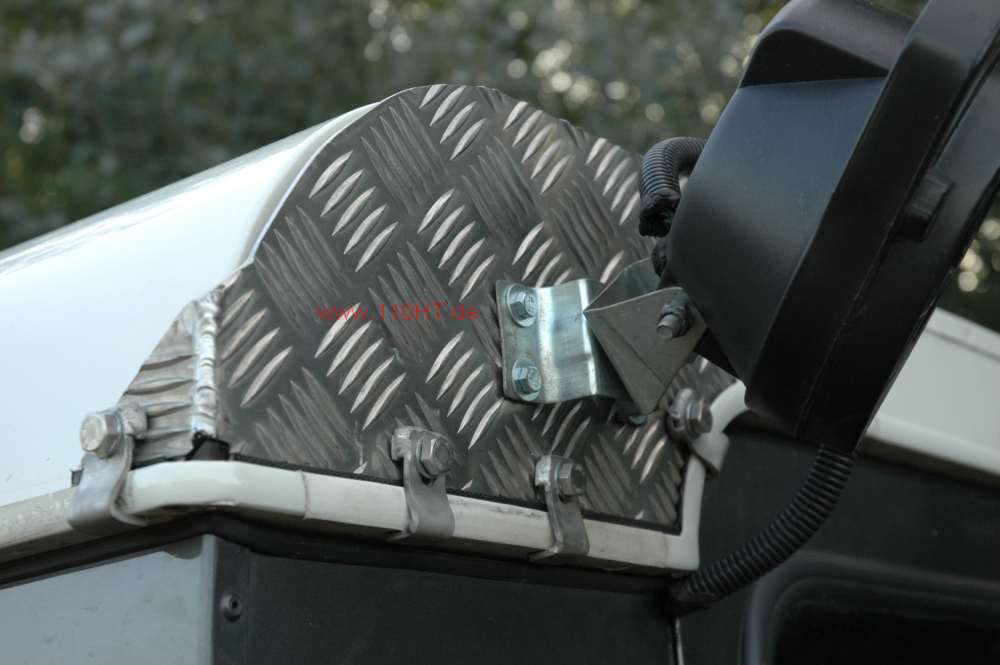 In April 2005 I installed an additional lamp inside the back of the car.
A short description is given here:

May 2005: In order to have information about the battery-status, there's a control-panel in the front of the car.

End of  May: To make charging of the secondary battery much easier, I installed a battery-charger (240V) inside the box, connected it to the battery and made an external access. 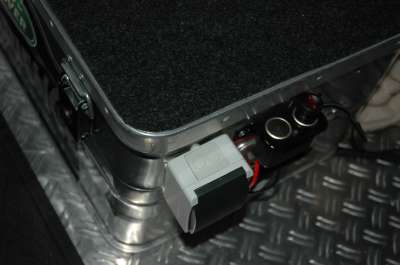 April 2006:
An additional switch (mounted left of the cubby-box)

A solarpanel on top of the dashboard. Helps to charge to 2nd battery. 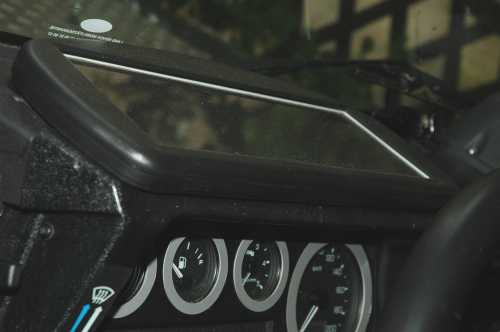 June 2008:
A new PDA with GPS (SiRF III) did require new wiring.
Last time (here), the cables ended right below the new dashboard,
this time I decided to the one and only "dummy-switch" on the centre-console.
Looks good, works fine.
Picture to follow asap.

Update May 2017:
This page is outdated and more or less obsolte.
Nevertheless I will not delete it as it may be helpful for someone.