Of course a hard top, without windows doesn't allow a good view. 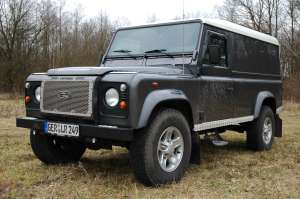 But the blind spots can really mean a big problem when trying to park the car, eg in the city-centre.
Ergo: A small additional mirror fixed on the left outer mirror. Problem solved for this side.
But on the right!?!
Driving on UK/Ireland roads is an adventure!
On 4-o'clock position you can't see the traffic, entering a round-about can be dangerous.
Again, an additional mirror helps to solve the problem 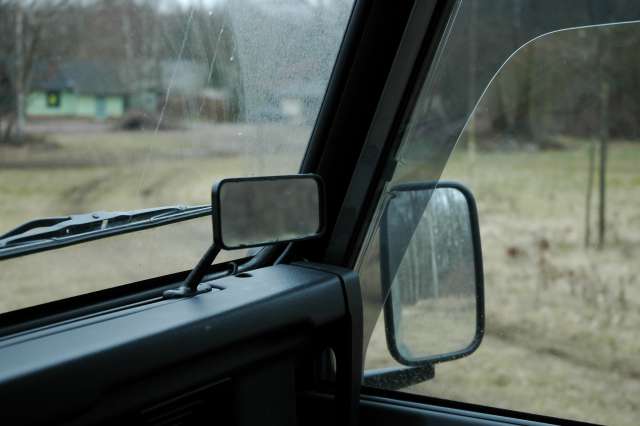 (This mirror formerly belonged to an english roadster of the sixties ;-)

Fixing this problem - gives a new one:
ANY female passenger thinks this an extra installed for her.

Part two of my blind spot solution again is an optical solution ;-)
And with sound as well.
A sensor, which is activated when putting in reverse gear.

Cheap, if you DIY:

The control panel is fixed on the passengers side. 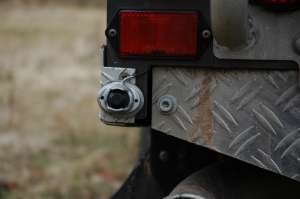 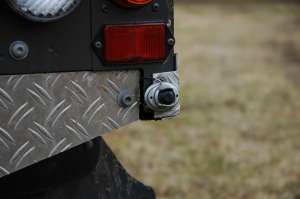 The sensors on the back
The wiring is done via the back of the cars, where all the other additional wiring is installed as well.
The power is automatically taken from the lamp, which indicates reverse gear.

September 2005:
The sensors are excellent! I kept them when installing the latest feature: The Ex-MOD-bumpers. 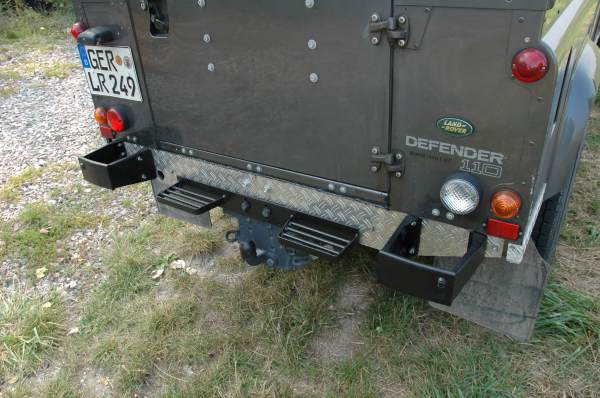 The sensors are fixed with glue from the back of the bumpers. Just is case ... 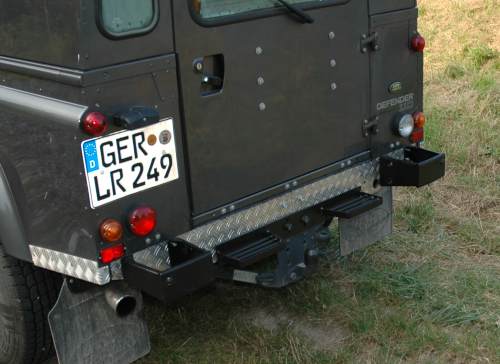 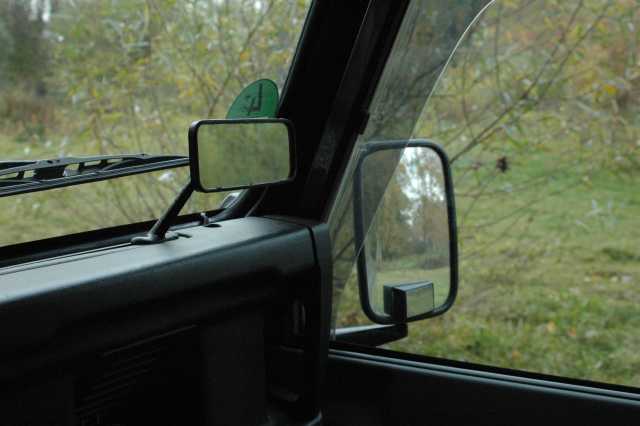 Update 10/05/09:
It has been a time of trial-and-error to find the right place, but now the camera is operational!

The monitor is located on the dashboard, connected to power only, as it is a wireless system. 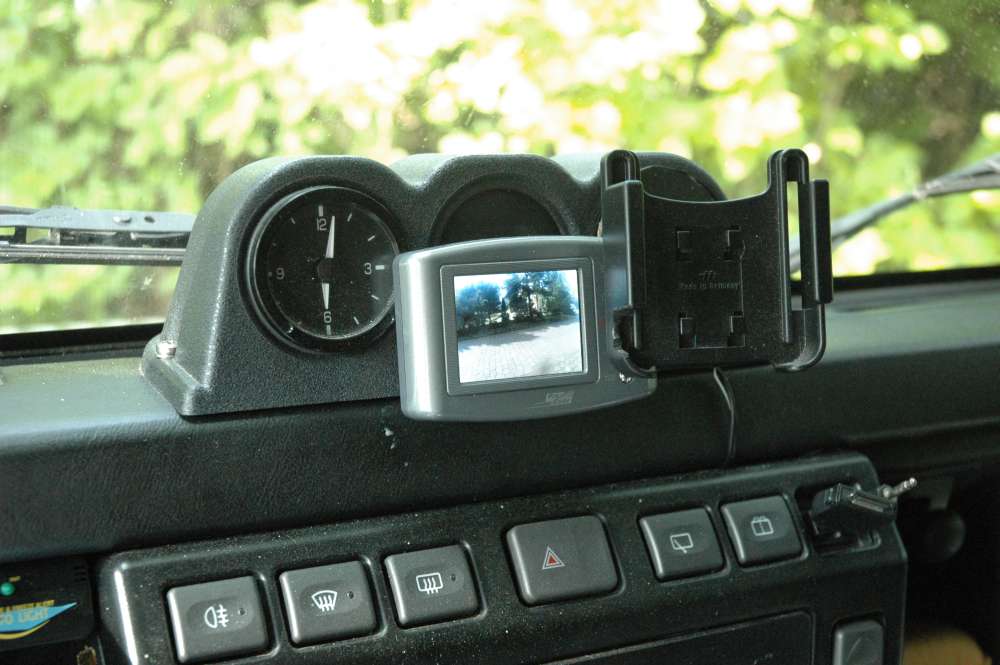 The camera is supplied with power via the taillight.
The wire goes through the backdoor, 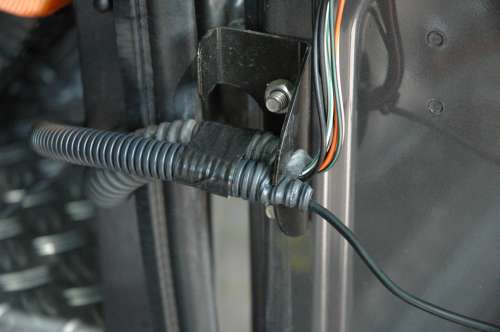 then, using the existing "holes" in the door (where the spare wheel carrier once was),
to the camera.

And the camera is... 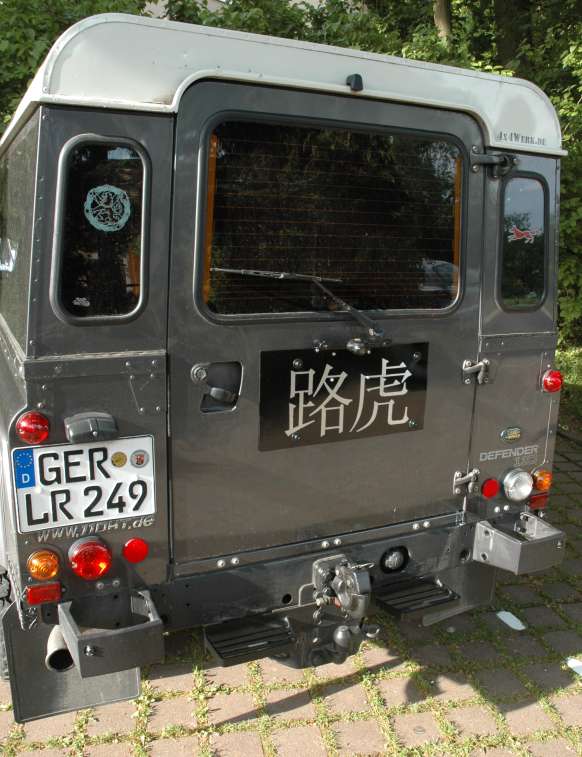 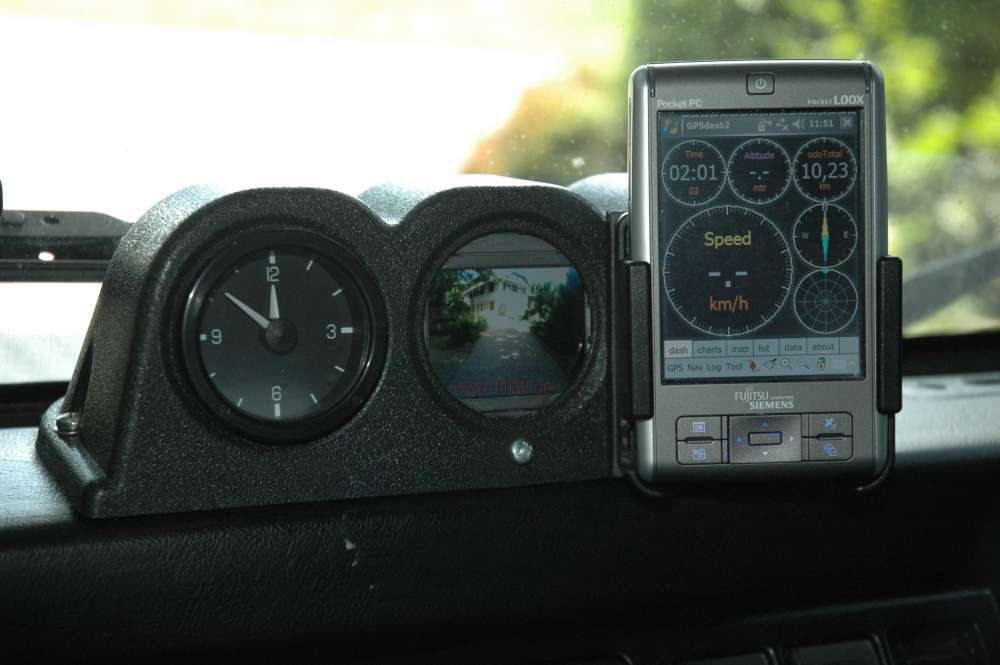 But with only 15 Euro for a system with 4 sensors (of which only two are currently mounted) costs are ok.
Only problem were the different dimensions of the sensors themself, they are smaller. 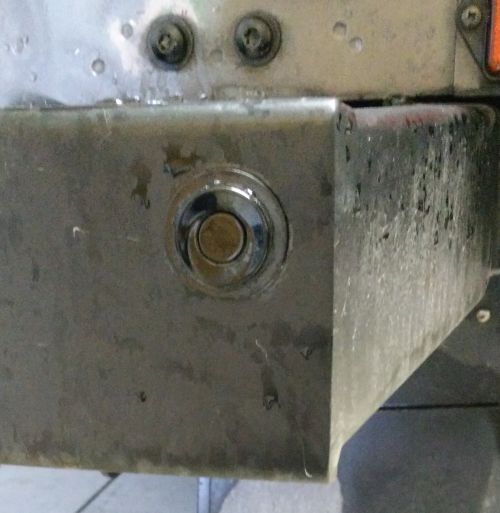 Spacers made of cola-bottlenecks (!) did help!